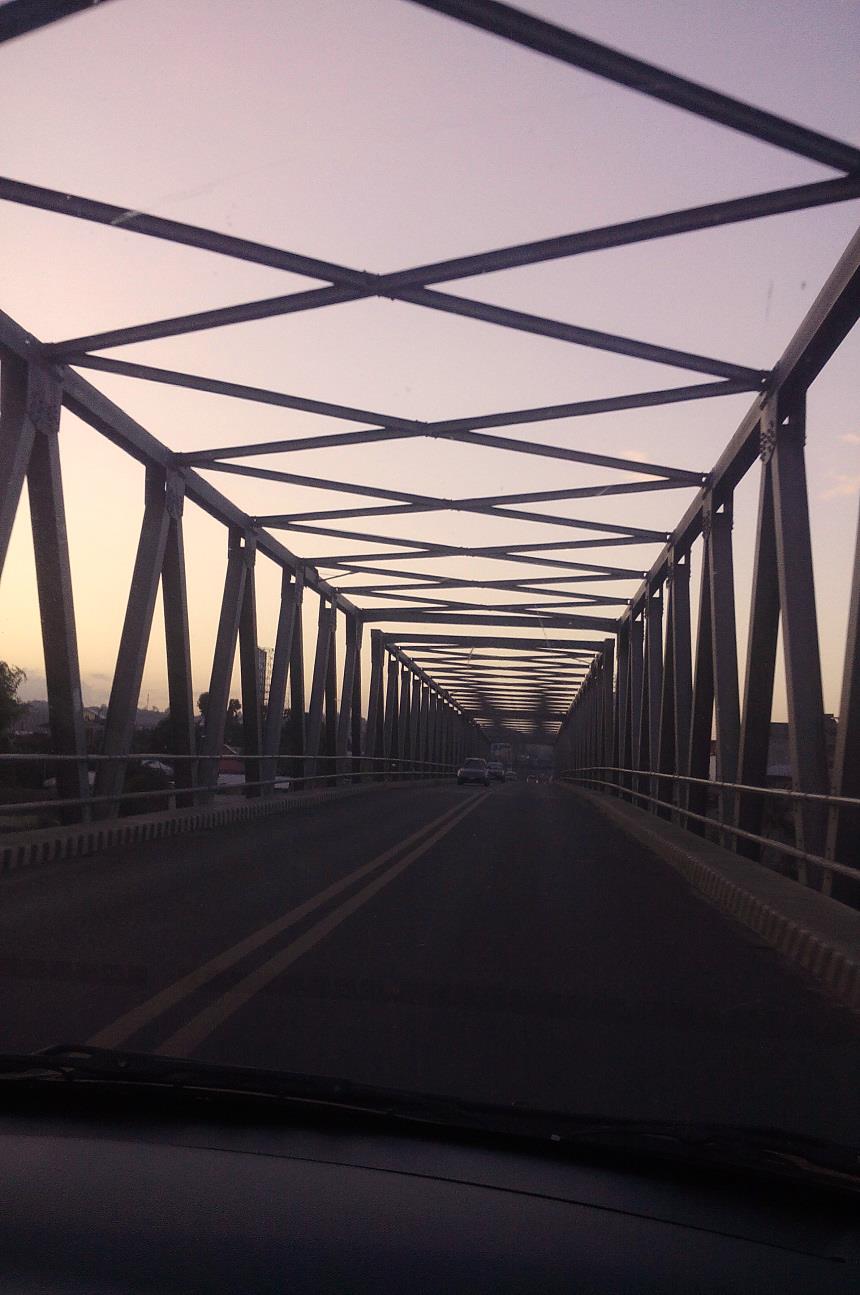 The sky has the crisp, rain-washed clarity of June. Perfect flight: no cloud bumps, no unnecessary detours. PAL skids into Lumbia as if on snow, melting whatever fear hiding behind our collective calmness.

The drive to the downtown is uneventful. The driver keeps me informed he’s looping around, avoiding routes where corpses are piled high on the roadside. That’s the Fifth Bridge. There: the Carmen bridge. The City Hall and the Cathedral.

There’s muck on surfaces as if suddenly the city wept mud, bored with her face. On the pavement, mothers who’ve lost their homes under the bridge suckle their babies. A huge sow lies beside them, waiting for lost piglets to tug at her swollen tits. Nearby is a tailoring shop clinging like a fungus on the bridge. The jerseys on its wall are caked in mud, as if they had gone to the soccer field by themselves.

If you were here yesterday, you could dip you hand and touch the river under the bridge. First time to see water come alive like that. Breathing like a wounded animal, the driver says, eager to share the city’s grief. He must have sensed in my clear eyes the tragedy has not touched me.

But how could have the monsoon swished its way to an island enclosed by ridges? Season so unseasonable, so unreasonable.

Shreds lie scattered on the brackish fields – plate racks, condoms, dead fish, curlers, books, and monoblocks. All clayey. As we enter the downtown, students are out on the streets, propping coin cans to jeepneys that make lazy curves in the corners for the first time.

How strange, and yet how familiar everything is. I get out of the taxi and walk into the city as if it were my house. Behind me, my luggage makes a lonely stitch on the roadside.